Johor Darul Ta’zim FC’s 2022 AFC Champions League campaign may have ended in the Round of 16, but we have plenty of positives for us to build on after being among the best 16 teams in Asia this year.

– Club record for most points, most goals scored and least goals conceded in groupstage. 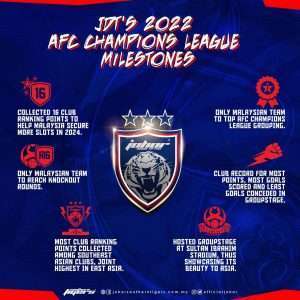