NO ONE IS INTERESTED IN YOUR STORY UNTIL YOU WIN

Consistency is an important component in Johor Darul Ta’zim FC’s (JDT) success since the club’s formation in 2013. JDT have proven that through consistency, they have won the Malaysia Super League title six years in a row.

It is this success factor that puts JDT in the headlines of traditional media as well as social media. Stories related to JDT attract the attention of readers and netizens because no one is interested in stories of unsuccessful teams. 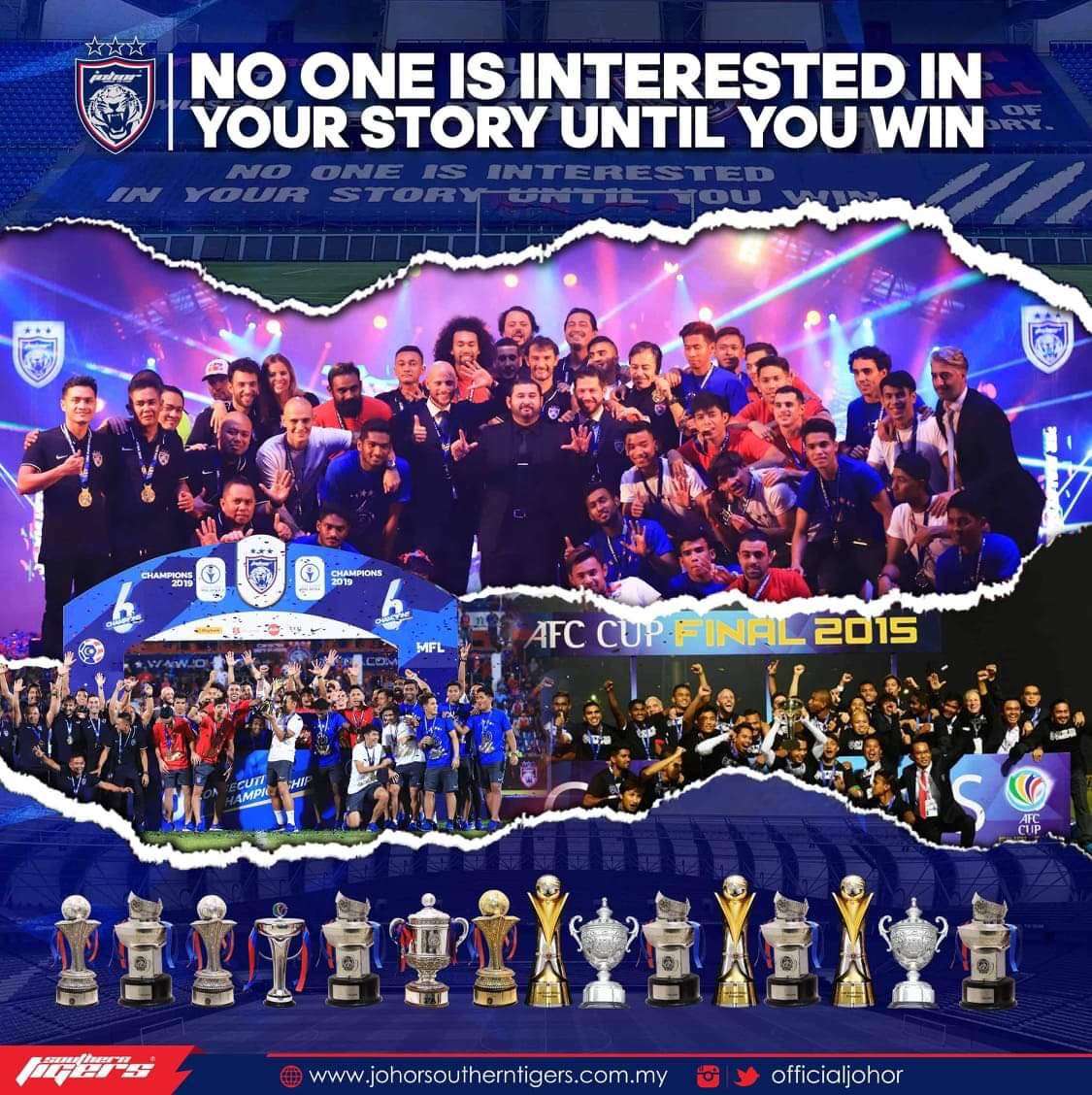 JDT have also only calculated success after the rebranding of the club without factoring the past Johor teams’ success. For the record, JDT have won the Malaysia Super League six times, the Sultan Ahmad Shah Cup five times, the Malaysia Cup twice, the FA Cup once and the AFC Cup once. Luaskan Kuasamu Johor.