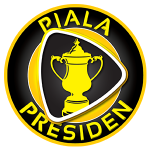 The President Cup is a developmental football competition in Malaysia for the under-21 players.
The cup consist of developmental squad from clubs competing in the top and second division of Malaysian league, the Liga Super and Liga Premier.
The cup exist alongside the youth competition for under-19 players, the Piala Belia.