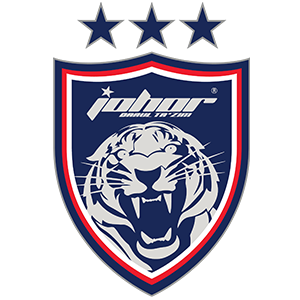 The seismic rebuilding of football in Johor has seen Johor Darul Ta’zim FC (JDT) become a reputable force in the football circle, all since HRH Tunku Mahkota Ismail Ibni Sultan Ibrahim, Regent of Johor took charge ahead of the 2013 season.

Today, JDT are one of Southeast Asia’s most ambitious clubs with facilities that rival some of the best teams in the continent and success has been ever-flowing. JDT have won a record Eight straight Malaysia Super League titles, six Charity Cups, 2016 FA Cup, two Malaysia Cups and the club’s crowning moment in Asia, the 2015 AFC Cup – a first for a club from East Asia, let alone Southeast Asia.

The completion of the new state-of-the-art Sultan Ibrahim Stadium, AFC Champions League football and plans of an even more advanced training ground elevates the club to an even higher standing. Adopting a hands-on approach in operating the club, HRH Tunku Mahkota Ismail has been in the centre of the tremendous growth the JDT brand has enjoyed on and off the pitch.

How the ball got rolling

Intriguingly, it all started during a hockey match HRH Tunku Mahkota Ismail had attended in Johor. Fans at the stadium pleaded with their then Crown Prince to “save Johor football” and HRH Tunku Ismail, an avid football fan himself, took it upon himself to attend a football match at the Tan Sri Dato’ Haji Hassan Yunos Stadium in Larkin.

Growth of the JDT brand

Success on the pitch has brought rewards off the pitch as the Southern Tigers rubbed shoulders with some of the best in the industry.

JDT have partnered with Borussia Dortmund, Valencia and Juventus while the club and HRH Tunku Mahkota Ismail have had working visits to Barcelona, Real Madrid, Manchester City, Paris Saint-Germain, Atletico Madrid and so on.

Renowned international brands such as Nike and Hublot have come on board while HRH Tunku Ismail showcased JDT to the world when he spoke at the 2016 World Football Summit.

The opening of the Sultan Ibrahim Stadium marks another chapter for the Southern Tigers as JDT look to take on the future.

The foundations have been laid with world-class facilities, brand power and a strong academy structure that won nine age group trophies in two years following collaborations with Borussia Dortmund and Valencia.

While the current Padang Seri Gelam JDT Training Centre recently underwent expansion works to build a Medical Centre and an Auditorium, JDT are already planning a one-stop training centre for all teams – first team to Under-12s.

The sky is the limit for JDT under HRH Tunku Mahkota Ismail’s leadership as the club continue to push boundaries, set milestones and create new benchmarks. It is this ideology and drive that have seen the Southern Tigers grow into one of the leading teams in Southeast Asia.