WE ARE PIONEERS, NOT A MUSEUM

From the moment the club was established in 2013, Johor Darul Ta’zim FC (JDT) have never stopped making changes and being a pioneer as well as trailblazing to being a Malaysian football powerhouse.

Appearing as the only club in the country that is professionally managed, JDT are also the first club to own a training centre, stadium, advanced facilities and an ever-growing academy for development. 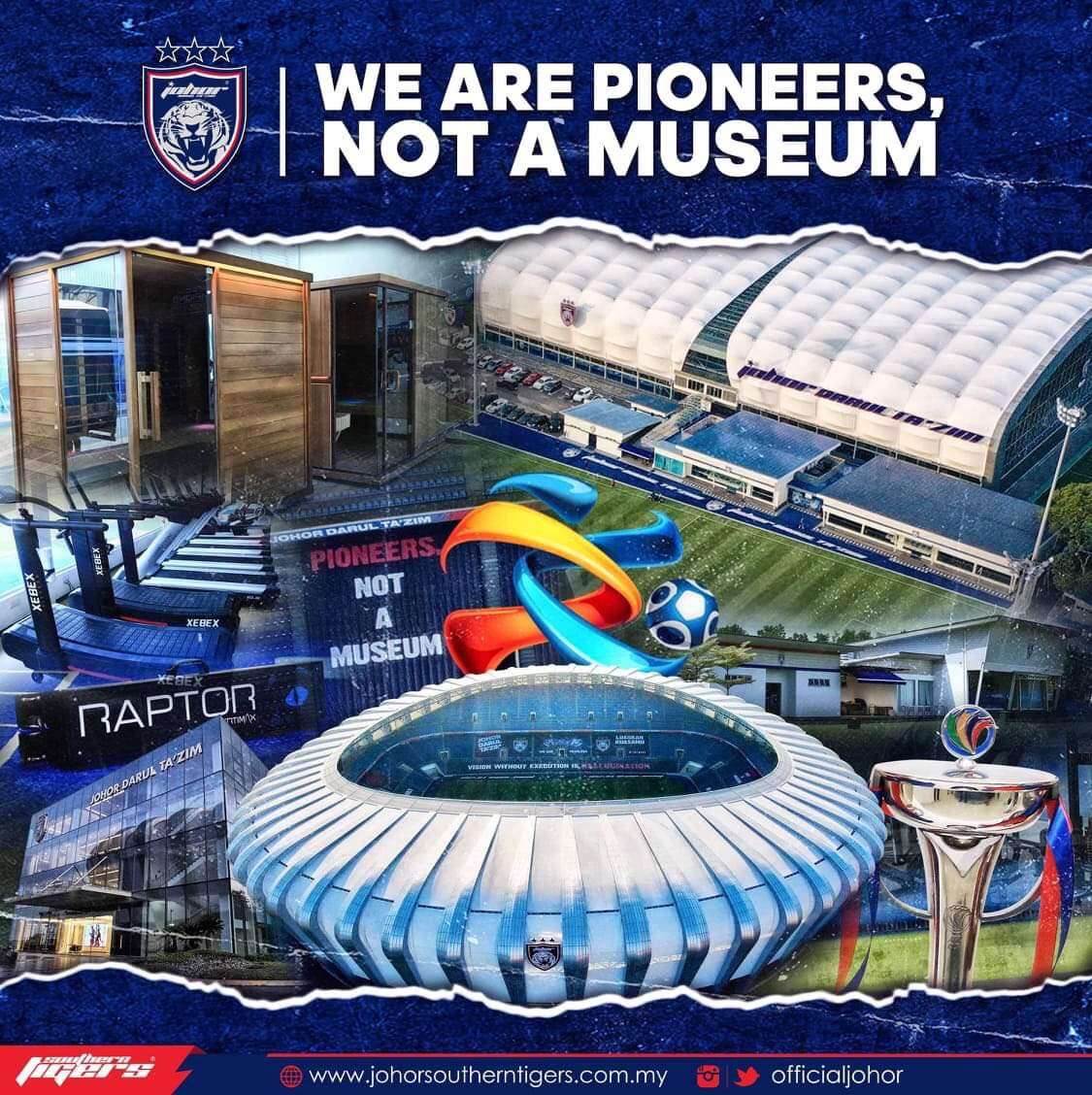 Besides that, JDT are now valued at almost RM1 Billion due to the team’s values and assets. JDT have also created history on the Asian stage after winning the AFC Cup in 2015 and becoming the first Malaysian club to compete in the AFC Champions League. Luaskan Kuasamu Johor.